13 hour flight with kids. The gift that keeps on giving.

Wow. 15 hours sleep and I am ready to rock and/or roll. Apparently I passed out on the couch some time last night. The warden showered, and I assume took advantage of me before putting me to bed. While everyone else was sleeping this morning I may or may not have watched some trashy American TV called disaster dates on MTV followed by a Jersey Shore special. Yeah buddy! (Remember when this used to be a music channel?) The kids all slept 20 hours which would appear to be not nearly enough. What have I gotten myself into?

We are staying in Noe Valley which seems likes a really cool little suburb.  2 blocks away from 24th St which seems to be where all the action is. If by action you mean $10 for Bacon, eggs and pancakes. American bacon, while not as good as Australian bacon, is still pretty awesome in its own crunchy little way. Picked up a bunch of groceries from the Whole Foods Store. Someone is whipping up some pan seared salmon and mashed potato with brocholini for dinner. It's not me. Tomorrow Alcatraz. I wonder what the penalty would be for leaving your kids there... and if they would be able to find us if we did.

Also, tipping is hard. The warden takes the direct approach by asking if we are supposed to tip. So far everyone has said no.

Currently listening to: The dulcet tones of my kids screaming at each other
Currently drinking: The rest of my Session Premium Lager from yesterday 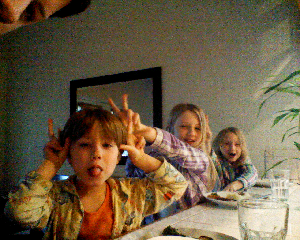 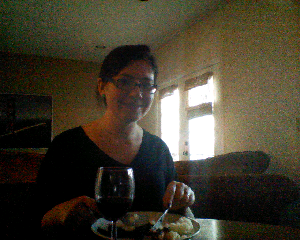 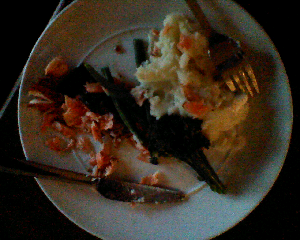