Balls Out, LAPD take down and the star homes "tour"

What a way to start the week. A couple of beers at Rainbow Bar and Grill where I sat in Lemmy's chair. He had the highest scores on the electronic quiz game. Hilarious. Then off to see Steel Panther live at the Hollywood House of Blues. Met a super cool dude named Eddy who knew a lot of people, who knew a lot of people if you know what I mean. Private Booth in the Dan Acroyd room upstairs and free drinks all night. Played a kickass show with songs from their new album Balls Out but also classics like Community Property and Girl From Oklahoma and ended up meeting some rad people. Top night.

Another quiet day today, apart from a small incident where I was almost knocked over by some cops jumping on and taking down a dude I was standing next to. There was yelling and fighting and the cops had on bullet proof vests. Not sure what was going on but there were about 8 cops there and 4 of them had him pinned. He didn't appear to be overly pleased about it either.

This afternoon we did a bus "tour" of stars homes. More like their giant gates and high hedges tour to stop people like us indulging in voyeurism . Was cool to drive around and see the suburbs but most of the houses were hidden from view. Highlights included Al Pacino's house and Quentin Tarantino's house. Quick stop for lunch on Wingsday at Hooters in Hollywood. 10 wings and fries for $6. Get on it. Will be going back next week fo shizzle. Finished off the day with a walk through Madame Toussaud's wax museum and dinner at Johnny Rockets. Difficult as it is to believe but I am all meated out. Craving some veggies. I can't remember this ever happening before but I'm sure I'll get over it. 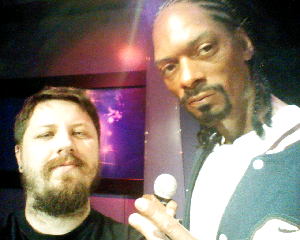 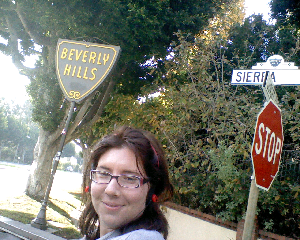 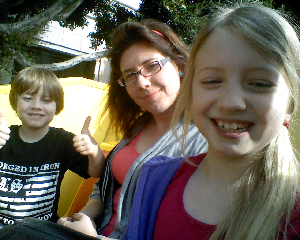 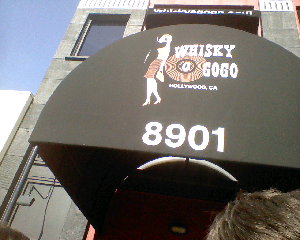 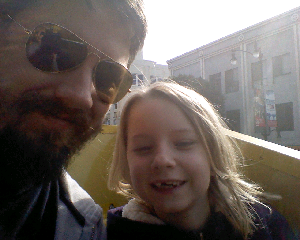 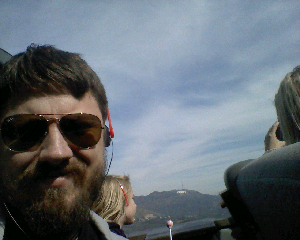