Vegas is such a rad place. So much to see and do and I'm sad that we are leaving tomorrow morning. I will also miss street drinking. Combined my two loves of drinking, while doing anything else. So many free shows and spectacles to see including the lions at MGM (briefly), the water fountains at Bellagio, the Atlantis show at Caesar's Palace and my personal favourite, the sirens song at Treasure Island. Talk about I wanna sex you up. Full of hilarious double entendres. The best one I can remember... "My names Cinnamon but all the salty sea men that have made it into my cove... call me sin". So good. The show was full of them. Just wish I could remember more. Seafood and sushi buffet for lunch before heading back to the hotel for an early(ish) night to prepare for the big day.

We renewed our vows today at a little chapel in Vegas. A limo picked us up from out hotel which the kids thought was hilarious. Elvis was the minister and walked Mikarla down the isle. As you do. He also sung a couple of numbers for us including love me tender as they walked down the isle. Have a bunch of pictures and video that I will try and find some way to upload when I get a chance in an internet cafe. Finished of with our third and last buffet in Vegas. Probably the best. The Luxor. Do it.

One thing I will say is that so far, I have found Americans to be super helpful and nice. Most of the time without even asking for help. Also customer service in the shops is alive and well. It really feels like they want to help you, even when there is no tipping involved. Also, tipping is hard.

Currently listening to: Elvis Presley - Viva Las Vegas
Currently drinking: Hopefully my last Budweiser of the trip. No taste at all but not much choice in Vegas. 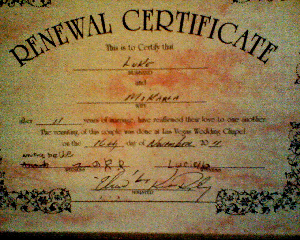 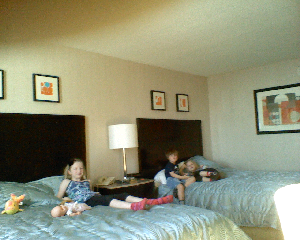 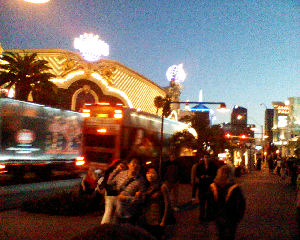 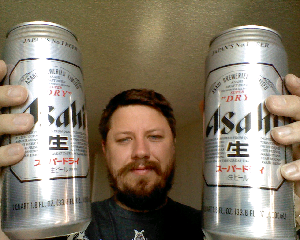 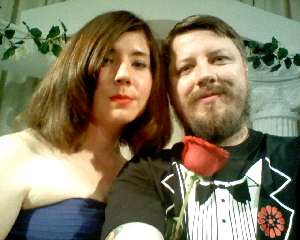