It's just a ride

Finally. The part of the trip that we have all been waiting for. The festival of theme parks. We picked up our SoCal Citypass today which means that we have two weeks to hit 5 different theme parks.

Started off with Universal Studios today. As soon as I walked through the gates I couldn't stop smiling. Probably a theme park designed more for adults but the kids had a great time too. Except for Z who got a bit freaked out on the first ride of the day which really messed him up and he was scared of just about everything for the rest of the day. But back to the first ride. Easily my favourite of the day. The Simpsons Ride. Words can not describe just how awesome this ride is. Neither can I. It just is. Next we hit the Mummy Ride (badass), Jurassic Park (moderately badass) and a series of different shows.

Z was actually one of the stars of the first show called Animal Actors. The name is fairly self explanatory. It featured a bunch of animals from different movies and TV shows. Z's segment was with the dog from Lassie, Marley and Me and a few others. Was hilarious and he had a blast. We also saw special effects show, Terminator 2 show, Shrek show and Waterworld. And we did a tour of the Studios. So cool. The tour included a stop with the largest 3D screen in the world that completely surrounded the bus. Insanely realistic. Also got to see how they do a couple of different flood scenes. Although it took up a fair bit of time, I would highly recommend the tour for anyone interested in movies or TV. One thing I would not recommend if you are squeamish is the Horror House. L and B lasted two minutes before bursting into tears and having to make an emergency exit. I lasted about three minutes. I am kidding but it was a seriously spooky place. Luckily I live for that kind of stuff so I enjoyed being on edge for about twenty minutes. Took a lot longer than that for he heart to stop thumping though.

All in all, one of the best days so far. Bring on the next one. And we saw a giant EVH guitar. 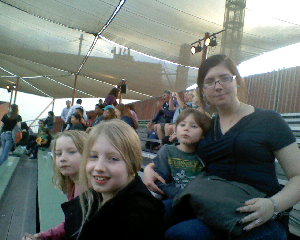 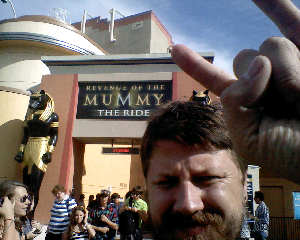 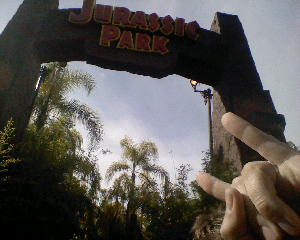 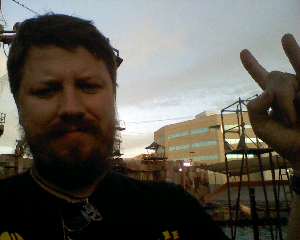 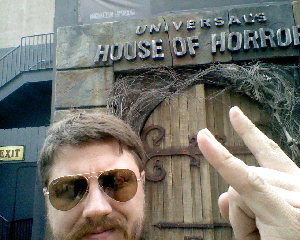 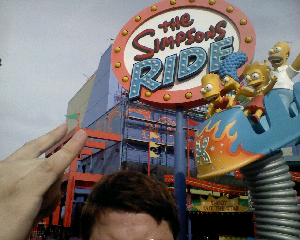 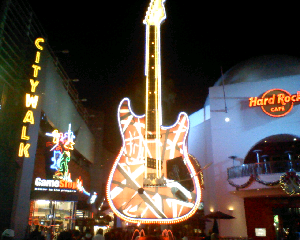