Today was one of the best and worst experiences I have had so far. We did a walking tour of the Castro and learnt about the gay civil rights movement in San Fran. I can't believe that it is still legal to fire someone for being gay in 29 US states. Crazy. What an amazing man Harvey Milk was. I absolutely love where we are staying in Noe Valley but the Castro just felt so comfortable and free. It's eye opening to go somewhere that heterosexual white males are not the majority. Everyone is super friendly and open. Also very political.

Elections for the new mayors, sheriffs and DAs on tomorrow. San Fran has the highest rate of voters of any other city in the US because they value their civil rights so much. So invigorating to see. Other interesting fact was the pink triangles that gay Nazi prisoners were forced to wear. This has become a symbol for remembrance here. Google Harvey Milk and pink triangles Nazis for some interesting reads.

First Man vs Food meal today. Ike's Place. Ridiculously expensive sandwiches but even ridiculouslier (this should be a word) better tasting. I had the Menage A Trois with halal chicken, real honey, honey mustard, bbq, pepper jack, swiss, cheddar. That's 3 kinds of cheese. Best part of the meal? Scribbled on the paper was the shortened name. 3 way. So good.

From one of my favourite parts of the city that I was not looking forward to, to one of the worst parts of my trip that I was really looking forward to. The Haight. Best thing about The Haight. A hilarious bacon shirt my kids found for me. The worst part... everything else. It's so hard to believe that somewhere so positive and free like the Castro could exist somewhere so close to a place so depressing and dark. The amount of drugs and junkies selling, smoking, scoring and sleeping in the street was incredible. Can't remember when I ever felt so uncomfortable and unsafe. I was really looking forward to the awesome musical history that this place had but ended up just feeling sad and empty about the whole thing. Would probably be a different experience with out kids but this is not a a place I would take them back to. It's a shame though as there was heaps of vintage stores that we would have liked to go to. We will see what tomorrow brings. 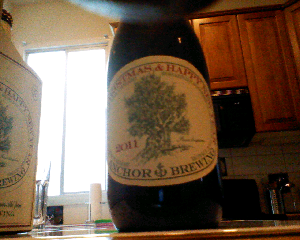 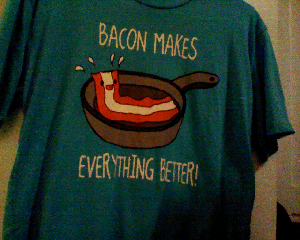 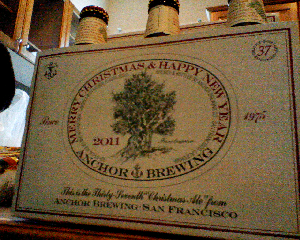 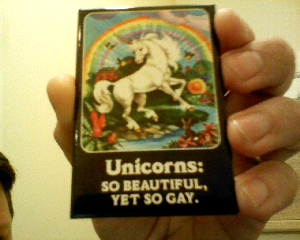