Brooklyn, subway, SoHo and the pain

Brooklyn rules. Walking around the streets for a couple of hours yesterday and its definitely got a different vibe to Manhattan. Hard to explain but kind of harder, and grimier but still really cool. Although I have seen some shady looking dudes around. Mostly hanging outside shops near subway stations.

The kids spent a bit of time playing in Underwood park to let out some of the noise and energy they have been keeping in. We spent a few hours just walking the streets until we got to Target for a quick bite to eat. M and B decided to do some grocery shopping while I took the other kids to go find an Xmas tree from one of the street vendors. We settled on one about four feet tall and we made the trek back to the apartment, carrying the tree on my shoulder. Dinner was B's choice which was steak, mashed sweet potato and a spinach and coriander salad. Was actually really good. She did most of the preparation apart from the steak.

Today the kids had planned on making some decorations for the new tree, so I decided to head out to SoHo to check out a tattoo shop called Wooster St Social Club. It was also a good opportunity to test out the subway experience before attempting the same with the wiener patrol in tow. Was actually quite easy, once I found the right hole to go into. One thing New York has done well is keeping the entrances and exits of the subway fairly inconspicuous. Actually very easy to walk straight past them. Got my ticket easily enough and jumped on. Bit of a noisy, bumpy ride but I got there safely in the end. Was a bit early so walked around SoHo for a bit. Nice little suburb as well. Although if you don't know exactly where you are going, you probably wont find it. Luckily I was prepared.

Walked straight past the shop the first time but backtracked and found the entrance. Met up with a dude named Eddy Ospina who was available to start work straight away. Half an hour to draw it up for me and we were good to go. Four and a half hours later we were done. Ouch. But well worth the pain. Eddy did an amazing job, and managed to squeeze a bunch of detail into it too. First couple of hours were alright but toward the end, I was starting to sweat a bit from the pain. By five o'clock it is already dark and I still have a subway ride and walk through a couple of sketchy streets to go. Take a few wrong turns and I end up, somewhere I don't want to be, in the dark by myself. Quickly retrace my steps and make it home in time for dinner and an episode of Star Trek before the kids go to bed.

Not sure yet what the plans are for tomorrow but we will see what the day brings. 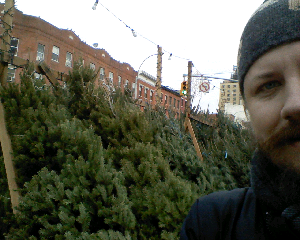 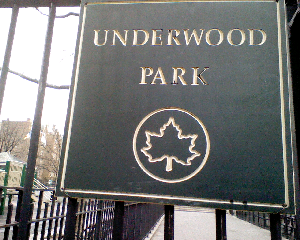 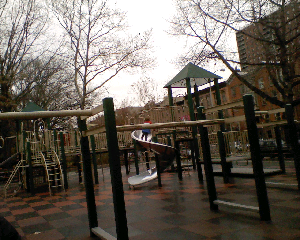 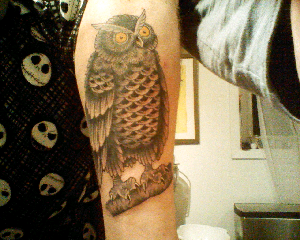