A horrible morning followed by some Manhattan magic

Started the day like most days. With a screaming session from L but as an added bonus, got punched for an hour while M took the other two away from the situation. Have run out of ideas on how to deal with this so just trying to live with it until we get home and can get help to sort it out. Some people don't need routines and others can't live without them.

After the extra hour and a half of wasted day, we headed underground to catch the subway into Manhattan, as the warden slept through it last week. Started off with a NY hotdog from a street vendor. Verdict - pretty average and over priced. Next we headed over to Times Square, M&M World and Hersheys. Tasty. We walked around Times Square for a while before heading up to "30 Rock" to see the giant Xmas tree.

We stumbled upon a little pizza place on the way called 2 Bros Pizza. The sign caught my eye as it was advertising one dollar slices of cheese pizza. We all opted for an extra topping so we had to pay a little extra. Five slices, a coke and a water for ten dollars. Wow. I tried a hotdog pizza, (which is just sausage). All I can say is wow. Was easily the best pizza I have had in NY and probably the trip. Crust was perfect, everything tasted fresh and there was heaps of topping. Will definitely have to hit them up again for some pepperoni.

We then made our way to the tree. What an amazing sight. Was actually much bigger than I expected. We stayed for a bit and watched people ice skating in Rockefeller Center. We all could have stayed there for ages but was super crowded and gets a bit rough when people try to get close for a photo. Had to be careful not to lose the kids... although could have made for a relaxing afternoon... Finished the evening by walking to Saks on Fifth Avenue and looking at all the window displays. Caught the subway back, a quick chicken sandwich stop, and we are all ready for bed. I heart NY. Just like the shirt says. 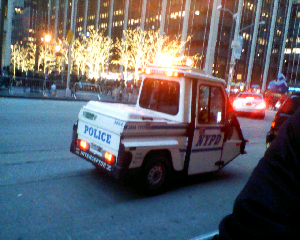 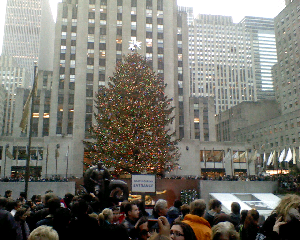 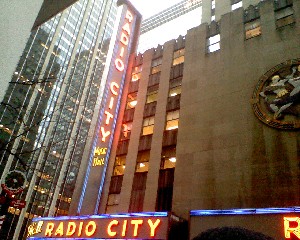 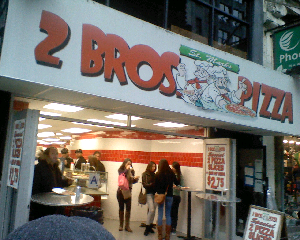