If you're wondering why you haven't seen any zombies today, it's because I shot them. I shot them all.

Last two days have been a bit of a blur. I love Vegas. Took the girls out for breakfast while the warden stayed back with Z. Still not 100%. Brought back the second burrito in less than twelve hours for M and the little man was finally ready to leave the building.

We hit the strip for a spot of shopping and street drinking. Well, I was the only one street drinking but the main thing is that someone was. And that it was me. Pretty quiet day all round for everyone else.

Today has been one of the favourites of the trip so far and one of the main reasons we came back to Vegas. To shoot some big ole guns. After we grabbed our fat passes (all day buffet wrist bands) and had our first buffet of the day, I got ready to head out. I jumped in the tank and cruised out to The Gun Store while M took the kids for a swim in the hotel pool.

What a rad, rad place. Everyone was super cool and helpful but I already had my eye set on a particular package. The Zombie Package. After a quick safety run down, literally 30 seconds and I had my first gun in my hand.  The guns I am now confident of taking down zombies with include the following (notice the head shots), 1911 pistol, 12 gauge semi automatic shotgun, semi automatic Zombie Assault Rifle-15, and an UZI SMG. Awesome stuff. Was actually surprised with how much kick the pistol had, but the 12 gauge definitely knocked me back a bit on the first shot. One staff member stood behind every person for safety and training on each gun. The Uzi was fun just blasting 25 shots in about five seconds but the Assault Rifle was my favourite of the day. I would totally recommend this to anyone coming to Vegas as there aren't many places you can have this much fun in a pretty safe environment and I got to keep the targets and shirt that proves I am a certified zombie killer.

After I got back, L had another massive tantrum, so I took the other two kids to our second buffet of the day before hitting the pool for a quick swim. Went and played some games with the kids in the Fun Dungeon and won a few tickets to trade for random useless crap. Finished the day with our final buffet, although no one could even finished their first plate. Last buffet for a while methinks. And I need to find a gym. Fast.

Currently listening to: Lady GaGa - Edge of Glory (this is probably every fifth song in the casino)
Currently drinking: Black Tooth Grin 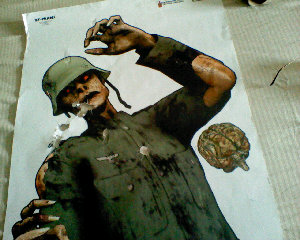 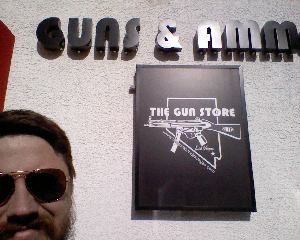 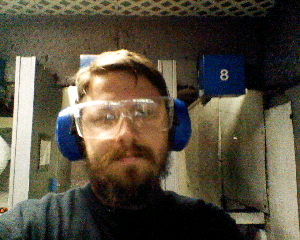 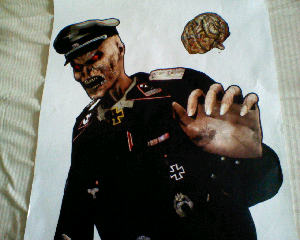 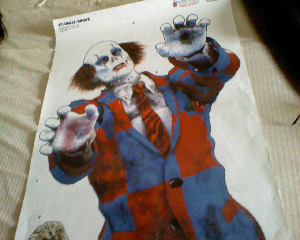