Murder avenue, turkey leftovers and Downtown Brooklyn. We be representing.

Yesterday was a bit of a cold and miserable day, and M had already been down a few times, so I decided to check out Myrtle Avenue (nicknamed murder avenue by Brooklynites). Its only about four blocks from our apartment so I should be safe. Right? M didn't tell me but she has been heading up and turning left. I turned right. And that's when the adventure began.

I noticed quite a lot of cop cars and ambulances so figured there must have been an accident. Continued to make my way down. As the street got into some shadier territory, I crossed over and started to walk back. After a few minutes I came to a street that was cordoned off with police tape. I also noticed that there was some red splattered all over the sidewalk. I picked up my pace and as I walked I noticed that the trail of red, led to where I was going. It was still wet and I'm pretty sure it was blood. If I was a tweeter, I would have tweeted, "Blood everywhere #Brooklynistherealdeal" I came straight home after that and the warden went back to murder avenue to get her nails done. Bigger balls than me. Thai for dinner. Musaman curry. Boom.

Today was even colder and more miserable. We decided to try and get some tickets to a matinee show so while the warden stayed home to clean the house, B and I headed to Downtown Brooklyn to see what was what. Rained most of the time but we did have time to squeeze in a couple of triple stackers from Burger King. We didn't get any tickets as all the good shows were sold out but we did pick up a couple of NY 59 Fifties fitted caps. Representing.

Also, we have been eating turkey leftovers, since Xmas. It was a lot of Turkey. Luckily I like it. 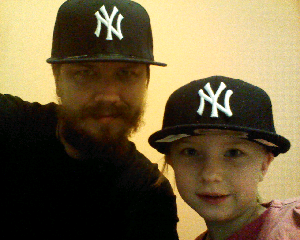 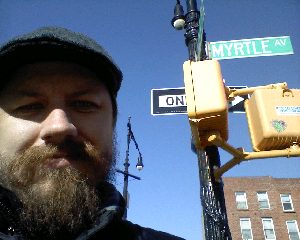 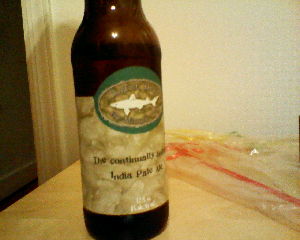 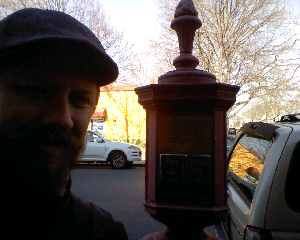 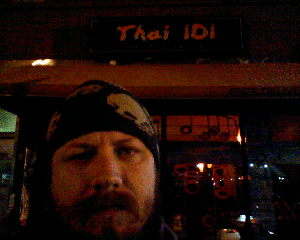 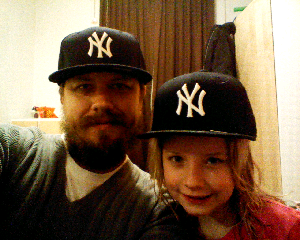