O Canada. Our home and native land. True patriot love in all thy sons command.

Early morning start to make it to Chinatown in time for our tour to Canada so I headed down stairs to check out and order a cab. The hotel manager must have thought I said car because about fifteen minutes later a stretch limo pulled up. For us. Because that's how we do it. So we hopped in and headed out to Chinatown.

Lots of bus time yesterday to get to where we needed to be. Quick stops at Burger King for a triple stacker. 3 meat, 3 cheese plus bacon. Possibly the greatest burger ever invented, after the short lived quad stacker in Australia from Hungry Jacks. Next stop at Corning glass museum and factory for a lesson in glass blowing and the history of glass. Was actually really cool. Z and B had been playing a game where they rubbed a pen over their face to make patterns. Z forget to put the lid on and was pretty embarrassed to find his face was covered in black lines. One more stop for dinner in Buffalo for a Chinese buffet and we are through to customs, after purchasing a couple of litres of duty free booze. Yeah buddy.

Went to the Skylon tower, 700 feet high to get a night time view of Niagara Falls with the lights behind. Absolutely amazing, and freezing cold. It was about 10pm so was getting very late, and everyone was super tired. By the time we got to the hotel and had showers, we were asleep in minutes. Except for me and Zakk who managed to find Return of the Jedi on TV.

Another early start this morning to see the falls in the day time. We got saturated by the mist coming from the falls. Was icy cold but was worth it to walk so close to the awesome sound and power of this thing. We were literally metres from where the water goes over the edge. Spent a while there with L throwing leaves into the rapids and watching them go over the edge. Could have spent all day there, but busy, busy, busy. Just enough time to watch an imax movie about the falls before lunch in a revolving restaurant at the top of Skyline Tower. Yumbo.

Sitting on our bus now on the way to Toronto.

On a hilarious side note. We have an awesome Chinese tour guide who's English is so bad that we have no idea what we are doing or where we are going. Even the other Chinese people on the tour are having trouble understanding. Hilarious but pretty cool. 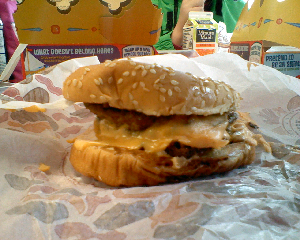 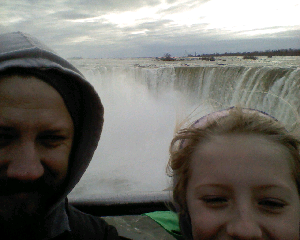 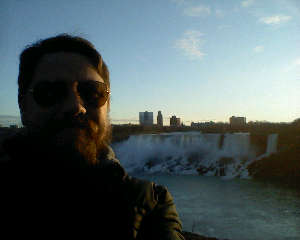 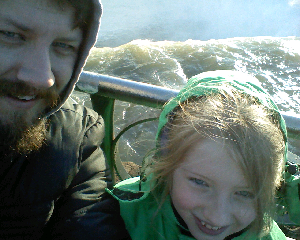 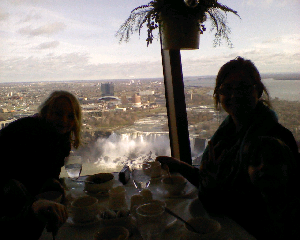 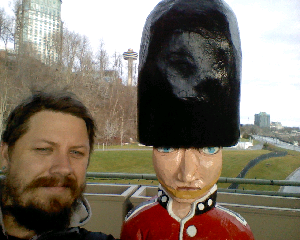 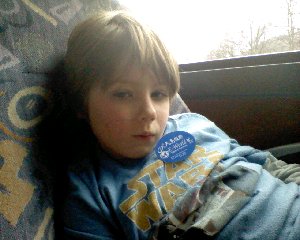