Rejavanation and you don't know the power of the dark side...

Started off the day like I do almost every day. By sorting out some coffee for me and the warden. At home, I normally get up first and bring coffee to M before she gets out of bed. The last three days I have been walking up to a little coffee shop about five minutes from where we were staying. I hate chit chat/small talk more than anyone else I know (probably why everyone thinks I'm such a cranky shit, ps. I am) but this morning I was feeling particularly chipper and decided to give it a go while my coffee was being made. It was about as painful as I expected but as I was walking back it got me thinking. Here I was in San Diego, California, walking down the street. My only worry was not spilling the coffee before I got back to the hotel. No work, no rush, and no place to be by a certain time. Made me realise how lucky I am to see all these amazing things and do all this amazing stuff.

As we were packing up to leave, I realised that I had opened a large beer last night but not managed to drink it before falling asleep. Somehow, it had made it to the fridge, leaving it nice and cool and the perfect way to start the day. Drinking a beer at 10am, while the kids watched a movie (god bless cable TV), I finished the beer and "helped" the warden pack. Man was I in for a treat today. Obviously, safety is a priority so M drove today due to my breakfast beers.

Last week we saw an ad on TV for a special Star Wars exhibit at the Santa Ana discovery science centre. Now as you may or may not know, I am a bit of a geek for all things Star Wars, surpassed only by my son Z. He is still the only person to best me in a light sabre duel. The force is strong in that one. So while M took the girls to an art museum, me and Z decided to catch some dude time. I wasn't expecting too much but I was completely blown away. Actual costumes/puppets from the original movies including Obi Wan, Darth Vader, C-3PO, R2-D2, Leia, Luke, Han Solo, Chewie and my personal favourite, the actual Yoda puppet. Also a bunch of Millennium Falcon models (amongst other models) that were used in the movies for various scenes. I love my life.

Finished off the day by checking into our hotel in Anaheim (going to Disneyland tomorrow,and the next day, and the next day) and smashing some Taco Bell triple cheese, steak stackers. Did I mention that I love my life? 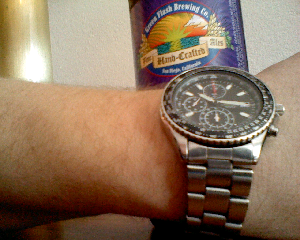 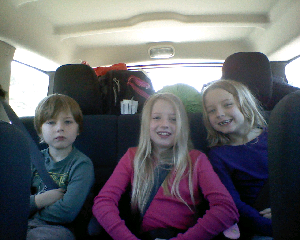 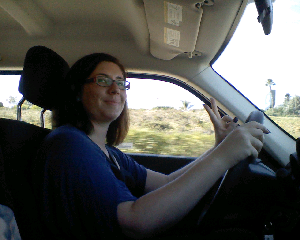 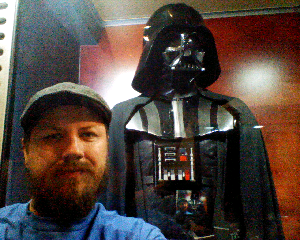 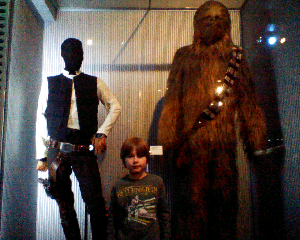 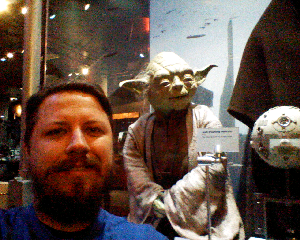