Straight illin' with B and Z in Downtown Brooklyn

Due to such a massive day yesterday, we thought we would have a quiet one today. M and L needed hair stuff done so me, B and Z headed into Downtown Brooklyn for the morning. Z was also pretty keen for a 59 Fifty Yankees hookup and I was happy to oblige.

It's about a twenty minute walk downtown and it was definitely nice to stretch the legs out a bit after wearing those skates for so long yesterday. The other day I had noticed that there was another 2 Bros Pizza on the way, so we popped in for a cheeky slice for breakfast. Only a dollar, but damn if they don't make the best pizza pie in NY. I haven't tried as many as I would have liked, but these guys will be tough to beat.

Was so cold this morning when we left, (-4 apparently) that all the puddles had frozen everywhere. We had great fun stomping on them trying to smash the ice. No snow here yet, but today was the first time I have felt really cold. Like the kind of cold you just can't warm up from if you're not appropriately dressed. Which I wasn't. Hence my new jacket purchase downtown. Hooked the boy up with his cap and got my self another. This time a red Philadelphia Phillies one. Badass. Now that we were set, hat wise, we started the journey back to St James Place.

A quick stop for lunch, Burger King was not my choice, but certainly acceptable and we were good to go. One more stop at a toy store for B and Z to get their kid on and we were home. Got a random email from a hair dresser saying that the girls were going to be late. We decided to go and try a new park while we were waiting, and pick up a few groceries (beer) for dinner.

Currently listening to: Jaysaun on YouTube. If you like hip hop, YouTube this. Awesome MC.
Currently drinking: Brooklyn Winter Ale (so far my favourite beer from Brooklyn Brewery) 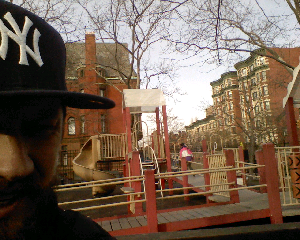 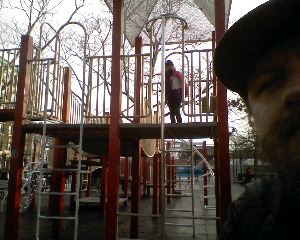 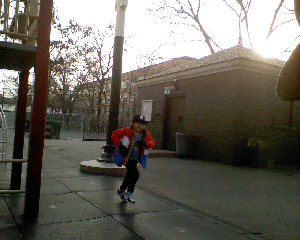 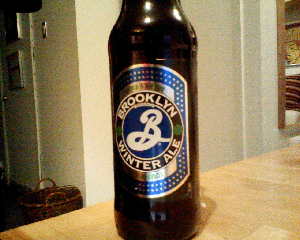 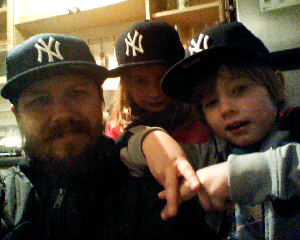