Billyburg, Beers and Some Kind of Football

Everyone was over tired and being horrible, so I headed out on my own into Williamsburg otherwise known as Billyburg to us Brooklynites. Should have only been a quick trip on the subway but I hopped on the wrong side and didn't realise. Took me an hour to get there instead of around twenty minutes, but was well worth it. Really cool suburb. Full of trendys, and beards and other such indie folk. Not normally my scene (apart from the beards), but definitely had a cool vibe. Nice food, plenty of bars and some big parks and sports grounds. I didn't have too much time though, as I was headed to the Brooklyn Brewery for a tour and possibly to sample a few of their choice beverages.

Was a pleasant walk and the first thing I did was to oragnise some drink tokens. 5 tokens for twenty bucks. First beer, Brooklyn Winter Ale. Second beer, Brooklyn Lager. The time for the tour was now so I jumped in line and headed in. Was a cool tour on the history of the brewery which included stories of theft, mafia intimidation and of course, beer making. Ended up buying a book on the history as I was keen for more details. Third beer, Local 1. Fourth beer, Brooklyn Blast Double IPA. The last two beers were worth two tokens but a nice lady had given me an extra one, so I splashed out and got some of the classy beers. The beer hall was packed full of people from all over the world and I ended up having a chat with a dude from Newcastle in the UK. Could certainly have found worse ways to spend a Saturday. Anyway, I had promised the warden I'd be back by a certain time so I headed home.

I quickly checked in, said good night to the wiener patrol and headed back out. I was not ready for this day to end. I knew from talking to some people earlier that there was some big NFL game on so I walked down to the local sports bar to see if I could work out what the hell is going on with this game and how the hell do you play it. Short answer, I don't know. I don't get it. Had a number of people try and explain but its just too different. This will take some time but I'm determined to understand. Managed to squeeze in a plate of delicious Mac n Cheese at the bar too. Yumbos. 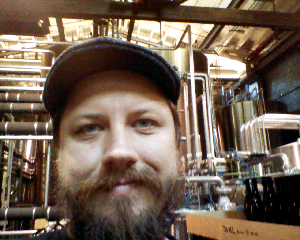 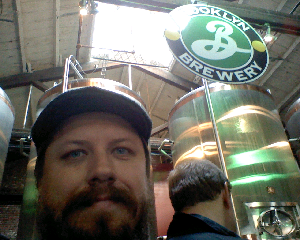