Cold and awesome. But really, really cold. And awesome.

Yesterday was a bit of a wasted day for me. I stayed home all day with the horrible one while the warden took the two fun ones out. I believe they hit Central Park again and some other famous cup cake shop while I hit my head against the wall and watched Star Trek all day.

Today was better, and I was pretty keen to try out something that I had read about a few days ago. The annual New Years Day Polar Bear Club swim at Coney Island. We jumped on the subway and headed out. About 45 later we had arrived and that's when the crazy began. First thing we saw was a man getting into a suit made entirely out of Metro cards, which are the passes you use for the subway. He actually looked pretty cool.

As we came out of the station, we were faced with the original Nathans Hotdogs. Of course we had to stop in for a dog and beer. I went with a cheese dog while M opted for the chilli cheese dog, both washed down with a couple of frosty ones. I was going to need a few more of these for what I was about to do but there was no time.

The Coney Island boardwalk was completely packed with all kinds of crazy. People dressed up as all kinds of things, ready to hit the freezing water, for the best new years hang over cure. The kids got some face/hand painting done while I tried to think of a way to get out of it after I had just bought a t-shirt for participants. 1pm is when the action happens, so I nervously made my way down to the shore line with all other idiots who were planning to go in. Thousands show up to watch but only a couple hundred actually brave the icy waters. As I made my way closer, I could feel the wind picking up and sucking my will to live. The first step in was a shock but not as bad as I thought so I went a bit deeper. And deeper. And then the pain hit. Wow. Was an amazing feeling of such burning and tingling. I had worn my shoes in (as was the recommendation), but all this did was keep the freezing in my feet when I got out making the pain, that much more intense. The warden tricked me by saying that you're supposed to do it three times (which you're not), but I ended up taking the dip five times before I felt that it was enough. And I could no longer feel my extremities. We left soon after as the wind was picking up and I couldn't get warm enough in Coney Island. Notice I said in, not at, because Coney Island is actually a suburb, not just an amusement park.

We stopped at Prospect Park on the way home, so the kids could have a play. Was a massive place and we only found one of the seven playgrounds that are supposed to be there. We will definitely go back there as the wiener patrol definitely need other little wieners to play with. 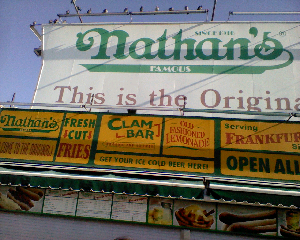 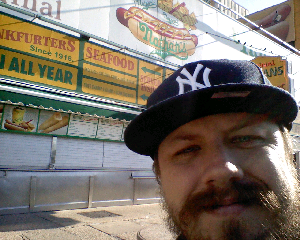 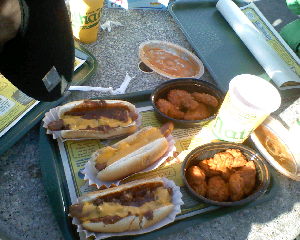 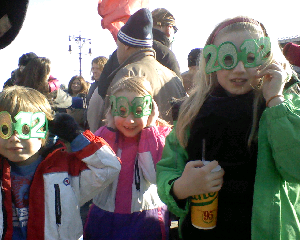 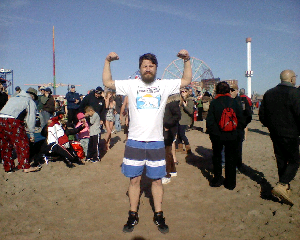 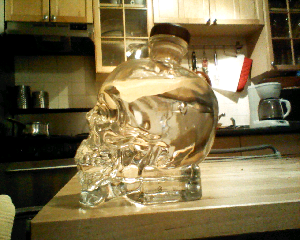