Booked a baby sitter again as we scored tickets to The Daily Show. Kind of a weird setup. Come early line up with your ticket reservation, get tickets (if you were early enough and lucky) go away for two hours, come back wait another hour, see the show, laugh. Was seriously one of the most fun nights I have ever had though. After we got our tickets, we headed to an Irish bar to have a few cheeky beers before the show. Squeezed in four pints but this was going to he a problem as you were not allowed to leave the taping (for a bathroom break) or they wouldn't let you back in. As any dude knows, once you break the seal, you're in trouble. I broke the seal way to early. Luckily the show was so hilarious that I completely forgot about my bladder situation until it was over, and we had to literally run back to the bar. Was a cool experience to see how they do the show and he was hilarious. Seriously funny and intelligent guy. Can't wait to get home and see if you can hear me laughing in the background. One thing I didn't know was that the first joke of the show every night is an inside joke from the Q and A before the show with Jon.

Kids were up way to late the night before so we decided we would have a quiet one. Yesterday we went out to Harlem to finally try some soul food. The place we had chosen was a famous one called Amy Ruth's. I went for the pork spare ribs with sides of Mac n cheese and some candied yams. The kids had waffles with various accompaniments while the warden opted for some gravy smothered chicken. Food was pretty good, but I was a little disappointed  We have been spoilt with some amazing meals and it just wasn't was good as I thought it would be. Sweet potato mixed with marshmallow and cinnamon sounds like it is going to be awesome but was actually quite sickening. One thing we didn't need was the kids having a conversation about power rangers on the subway and B yelling out "The big black guys the strongest" right in the middle of Harlem. Could have ended badly. M went to see a play of Richard the Third featuring Kevin Spacey while.I stayed home with the wiener patrol. Star Trek and beers was the order of the night.

Today I was lucky enough to score some more tickets, this time to the Colbert Report. The warden took the kids out to the Brooklyn Children's Museum while I stayed home to clean the house. I then headed into Manhattan to line up to make sure that we would get good seats. I waited in line for three hours before M met up with me but it could not have been more worth it. Guests included Jon Stewart and Mike D of the Beastie Boys. I didn't think anything could top the Daily Show from two days ago but this did. Was also interesting to hear him speak and answer questions out of character at the start of the show. Finished of the night with some craft beers from a bar we found called Valhalla. Awesome. 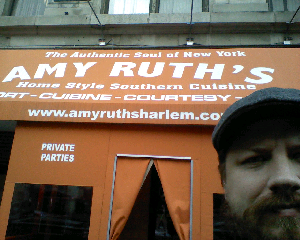 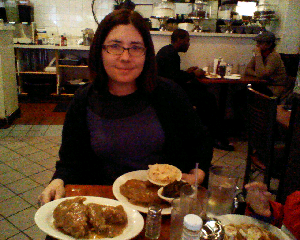 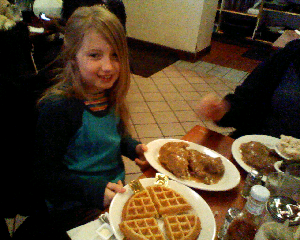 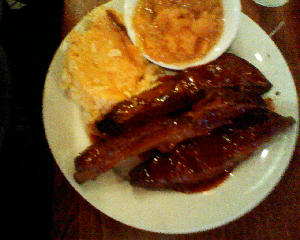 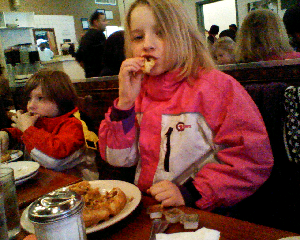 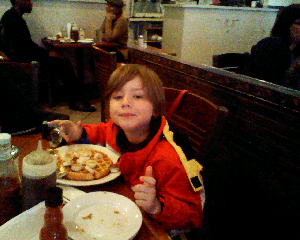 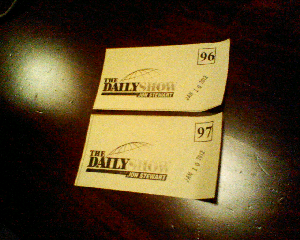 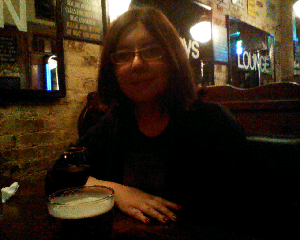 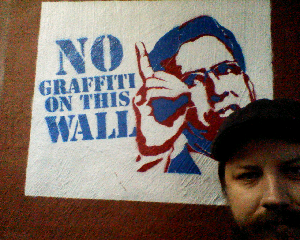 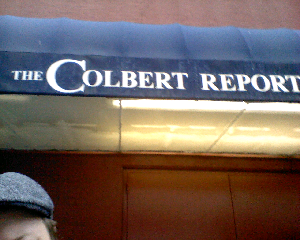