Ground Zero, More Pizza and the Knicks at MSG

Started off the day with a bagel and a shmear. Almost as good as bacon. I would be happy alternating between the two for the rest of my life. We had bought tickets yesterday for a tour today. First stop, Ground Zero.

Was some serious security (airport style) getting into the memorial and inside the police and security presence was also very visible. We hadn't told the kids much about what happened as we still need to catch two flights home, but gave them an overview. Inside the memorial there are two giant holes where the twin towers used to stand. They have been turned into beautiful, cascading waterfalls which are a really nice way to remember those that died not only in the attacks, but also in the aftermath. All their names have been engraved into the side of the holes.

Next stop was the Empire State Building and some lunch. The building is huge but we didn't go inside. Mikarla and Luci went to get some Vietnamese for lunch so we decided to get some slices. Little Italy Pizzeria was the venue of choice today. Probably the best crust I had had since I have been here but the topping was not as good as Two Bros. Also a bit more expensive. We circled around on the tour bus, looking at some of the different areas around Manhattan. There were still five diehards at Occupy Wall Street but the authorities have pretty much squashed it for now.

We all hopped off the tour at Central Park. From what I understand, the warden took the kids to a playground before some more shopping, a giant famous toystore and Magnolia Bakery. I wasn't there as I was on my way to Madison Square Garden to see the Knicks play. I had a bit of time to kill before the game so I popped in to one of the many Irish pubs in the area to wet my whistle. A few beers later and I was standing in front of Madison Square Garden.

The worlds most famous arena. Or so my beer cup would have you believe. That being said, for a sporting venue, they don't come much more famous than this. I headed straight to the merch booth to get my support on. Ended up with a Knicks Stoudemire replica jersey and a novelty giant finger. As you do. Now that everyone could see who I was going for, I headed up to my seat. Right up in the nosebleed section but surprisingly, still a really great view of the game. I am not exaggerating when I say that the next forty eight minutes were some of the greatest of my life. Back in the day basketball was my life. I used to play four or five hours a day, and more on the weekends. Seeing this game made me realise how much I miss it. Was a close game but in the end, the Knicks came away with a good win over Charlotte Bobcats. Stoudemire dominated for most of the game. Also got friendly with some of the locals who twisted my arm to come and celebrate with them afterwards. Irish Americans can drink. So can I. Game on. 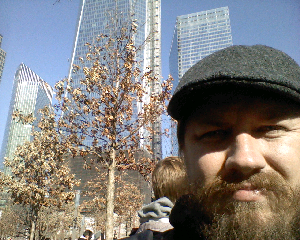 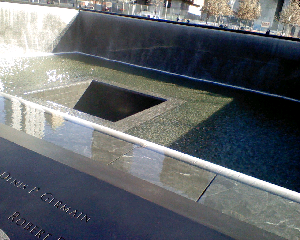 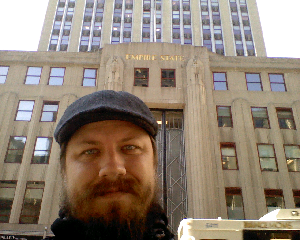 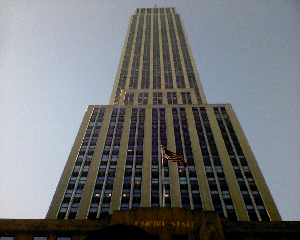 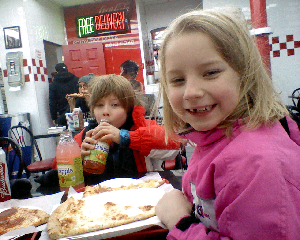 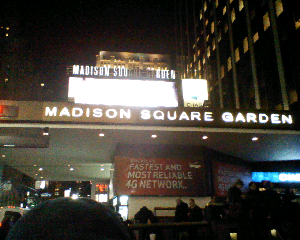 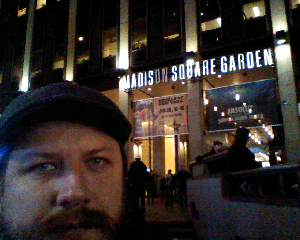 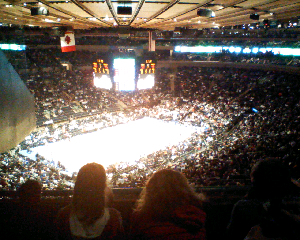 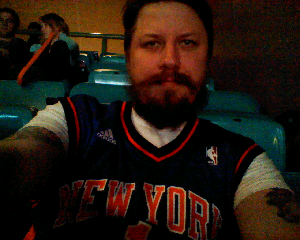 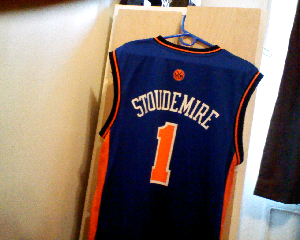 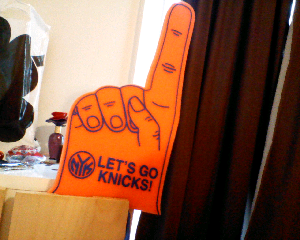