Liberty and Ellis Islands and The Rock

Yesterday we decided to take a ferry trip out to see the Statue of Liberty. Straight out of the subway and we are hit with a giant, mangled up ball from the top of the old World Trade Centre. Heavy stuff. Hoping to get out to the 9/11 Memorial next week.

The ferry ride was quite a pleasant one. And hopping onto Liberty Island, you realise just how big the statue is. Amazing views to the Manhattan skyline from here too. We waited by the flag pole for our ranger led tour to begin. I had never known anything apart from that the statue was made in France, but what an amazing story the old girl actually has. Made by the people, not the government. For the people, not the government. Also, the logistics of building, moving and rebuilding this giant statue are incredible. Back on the ferry, next stop Ellis Island.

Ellis Island was the main immigration in the late 1800s and early 1900s. Its no longer operational but they still have an immigration museum there. After a quick bite to eat, we watched an interesting documentary on the history of American immigration at Ellis Island. Almost unbelievable, what these people had to go through, to try and get a better life for themselves and their families. Makes you realise, just how easy we have it sometimes.

Today, the warden was planning on going to the Tenement Museum with the girls, so I decided to get in some dude time with the boy. First though, a cheeky giant sandwich from Katz again. Was a lot more quiet this time. Bought myself a new BBQ apron as well, as last time we came the place was insanely crazy, and I got flustered at the counter. After lunch, Z and I started our walk through the East Village.

Started off at the old CBGB buliding on Bowery St. It's so sad to see this icon of underground music, turned into a clothing store. Not only a clothing store but a "rock inspired" clothing store with $3000 black leather jackets. Hardly what The Ramones would have worn back in the day. Next we continued down the block along Joey Ramone Place, named so after the legendary singer died from cancer in 2001. Next stop, St Marks Place with a bunch of shops where events were staged by Yoko Ono and Andy Warhol in the sixties. Another stop at Fillimore East where some amazing shows were performed. 96 St Marks Place where the Led Zeppelin cover photo for Physical Graffiti was taken. Another stop, this time for Z to play at Tompkins Sq Park.  Also where Jimi Hendrix played some outdoor shows in the sixties. A quick walk by the Hells Angels NY Chapter headquarters and we are ready to go home.

Well almost ready. Z managed to convince me to let him have a gourmet sorbet from a shop across the road from Katz. All in all, a tiring but thoroughly fulfilling day. I love music and music history, so for me, it's so great to see some of these places that I have always dreamed about. 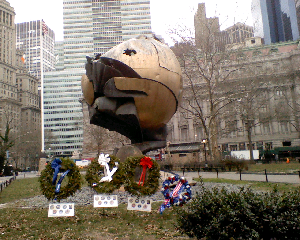 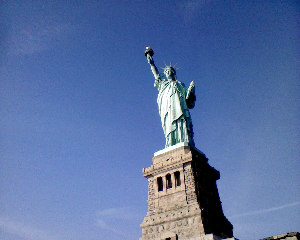 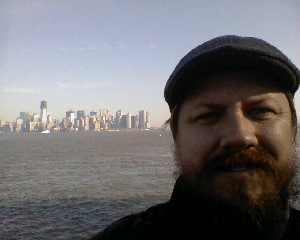 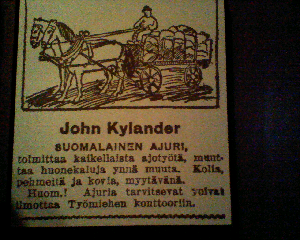 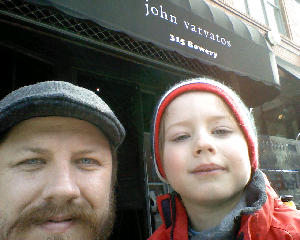 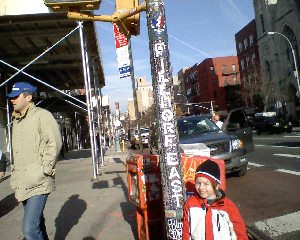 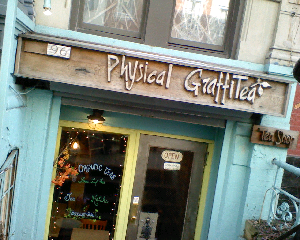 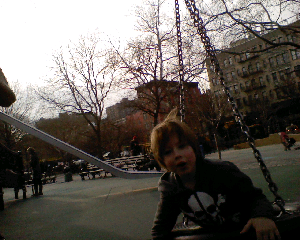 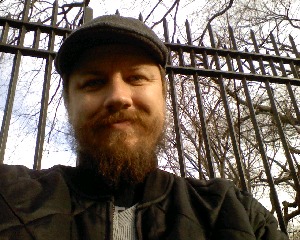 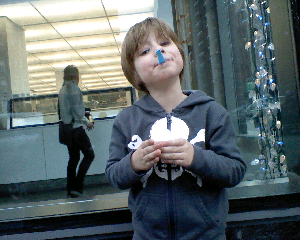 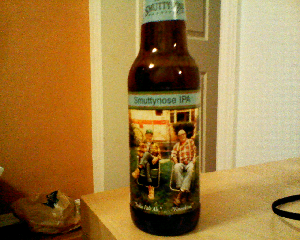