Today we had booked to do a walking tour around Philadelphia Old Town. I wouldn't call myself a total history buff, but history has always been something I've been interested in and was always my favourite subject at school. American history was not something that I knew a lot about as we didn't cover it in too much detail so I was looking forward to learning more about how this country began.

Quick stop at Donut King for breakfast and we were on our way. Started off with Independence House, where Benjamin Franklin penned the Declaration of Independence to King George. And when I say penned, obviously I meant quilled. Next headed down through where all the old government buildings were. So much amazing history from the birth and independence of a nation. I wonder if I will see anything like this in Australia in my lifetime.

Tour continued through the old Carpenters Hall, the first bank of America (which is on the $100 bill), Benjamin Franklin's house, the Liberty Bell, the Betsy Ross House, and Benjamin Franklin's final resting place. One thing I didn't know was that Philadelphia was one of the first states to abolish slavery. George Washington didn't care about this though, and still kept slaves the time that he was president here. What a jerk. Was a great way to spend a few hours, and still enough time to squeeze in another cheesesteak at the Reading Terminal Markets. Even the warden had one today and agreed that they rule.

Finished the night off watching three NBA games before falling asleep. Only to be woken up during the night by a snow storm. So cool. 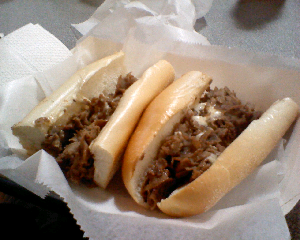 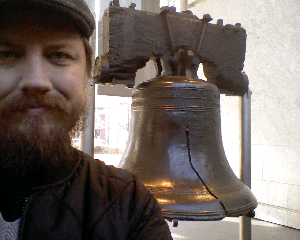 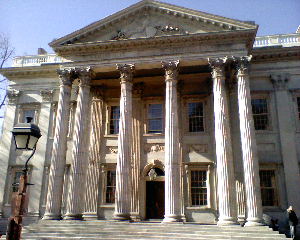