So we left Philadelphia yesterday. Caught another cheap bus ride to DC. $61 for the whole family. Took just under three hours. Bus wasn't quite as nice as the last one, but can't really complain to much for the price.
Staying at the Melrose Hotel in Georgetown. Seems pretty nice except that there is no inter web access. Going to have to look out for free wifi hotspots during the day. We got into the hotel at about 3:30pm so we dumped our bags, or the doorman did and we headed out to explore a bit. And eat.

We walked for about half an hour before stumbling across a BBQ joint called Old Glory Bar B Que. Smells coming out of this place were insane so we went in. Started off with some wings. They marinate them for twenty four hours in a local beer, then dry rub them and cook them and bring them out sauceless. They make their own sauces and had five different ones to choose from. Hands down the best wings I have ever had (Sorry Anna and Matt). The flavour that they managed to squeeze into this chicken was amazing. We ordered a giant hotdog for Z and B to share. It was so big that they couldn't even finish their halves. The rest of is got a meat platter to share. Pulled pork, beef brisket and my personal favourite, baby back ribs. I thought that nothing would beat the ribs from the Smoke Joint in Brooklyn but we have a new champion. There were tonnes of trophies decorating all the shelves from all the BBQ cookups they have won. So good. All washed down with a couple of local brews.

We only have a couple of days here, so will be pretty busy. Hopefully will be a good ending to our trip. Looking forward to going for a swim when I get home. 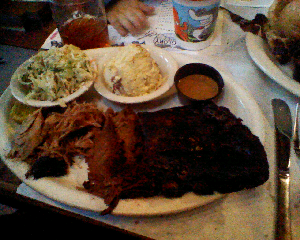 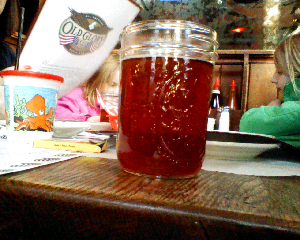 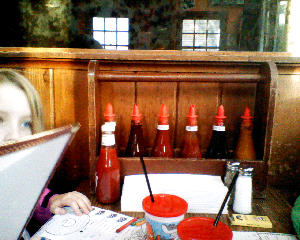 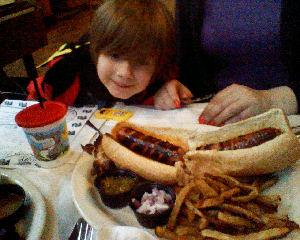 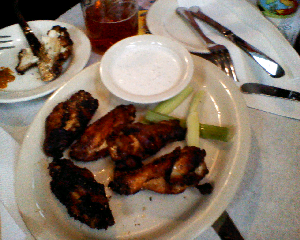